By Jessica McLeish on May 17, 2019 in McLeish Estate Latest News 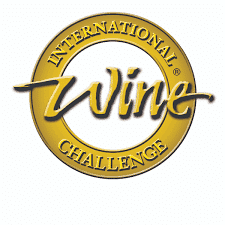 McLeish Estate winery in NSW’s Hunter Valley has won Gold for their 2009 Cellar Reserve Semillon at the prestigious International Wine Challenge in London.

The International Wine Challenge (IWC) is now in its 35th year. The IWC is accepted as the world’s finest and most meticulously judged wine competition which assesses every wine blind and judges each for its faithfulness to style, region and vintage. Throughout the rigorous judging processes, each medal-winning wine is tasted on three separate occasions by at least 12 different judges and awards include medals and Commended and Great Value awards.

This year Jessica McLeish was invited to judge at the prestigious wine competition, which was held at The Oval (Surrey County Cricket Club) in London. The judging commenced on Monday 8th of April, judges blind-taste roughly 13,000 entries in three tasting rounds spread over two weeks.

“As one of the Hunter Valley’s most highly awarded boutique wineries we are ecstatic that our Semillons are taking to the world stage and coming out on top against international competitors “, owner Robert McLeish said.

The 11-hectare winery produces six varietals- semillon, cabernet sauvignon, shiraz, chardonnay, merlot and verdelho – but it is still its semillons that garner the most praise.