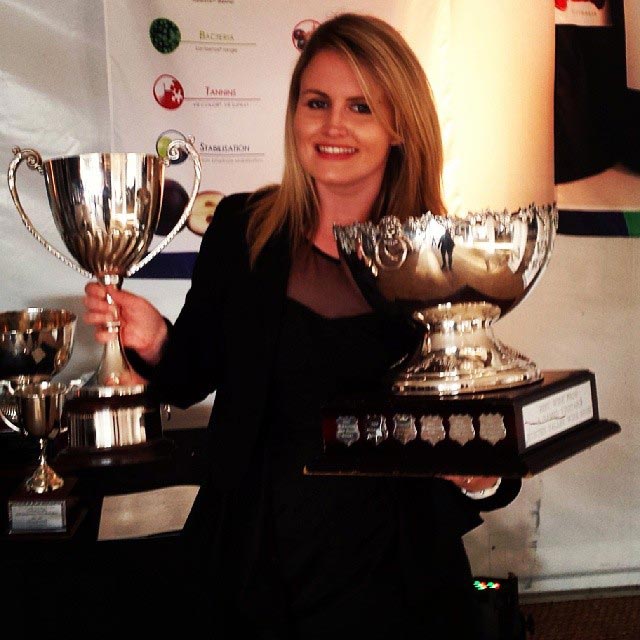 McLeish Estate’s range of highly acclaimed wines have been praised by the regions definitive wine show entered nine single vineyard wines into the show and all receiving high acclaim at the prestigious regional wine show. The 40th annual Clear Image Hunter Valley Wine Show held at the Crowne Plaza Hunter Valley garden marquee this year saw the family owned winery reaching new heights with unprecedented success of the single vineyard Semillon and high acclaim for the Shiraz. This year the regions wine show judges led by Jim Chatto in his third year as Chair of Judges deliberated over the wines being produced in the Hunter Valley to acknowledge McLeish Estate Wines as among the very best wines of the region.

The family are currently celebrating their Semillon dual Trophy for their 2007 Cellar Reserve Semillon which received the Best Named Vineyard White Wine & Best Named Vineyard Wine of the prestigious Hunter Valley Wine Show. The McLeish Estate 2007 Cellar Reserve Semillon is produced in a single vineyard on the Estate and the authority- James Halliday currently rates this wine at 97 points and expresses “this wine is from a vineyard that is in a different league to most other places where Semillon flourishes”.
Maryanne McLeish, Owner of McLeish Estate Wines said of her family owned wineries success this year, “Having created a winery and produced wine in the Hunter Valley for twenty nine years, I have to say that this year’s show results for our boutique wines has definitely been a highlight. It is a great attribute to our cellar door, vineyard and winery team who work cohesively to produce the standout wines. The hallmark Hunter Valley characters are reflected in our highly awarded 2007 Cellar Reserve Semillon that has achieved International, National and now Regional Wine Show success.”

McLeish Estate Wines have asserted there position as the Hunter Valley’s most awarded boutique winery, successfully producing there range of premium wines for the past 29 years, with owners Robert & Maryanne McLeish overseeing all aspects of the family business. The wines are produced using only hand harvest fruit from the Estate on DeBeyer’s Road in Australia’s most historic wine producing region of Pokolbin.

Upon recent success of their 2007 Semillon owner Maryanne McLeish says “the 2007 Semillon exhibits vibrant aromas of lemongrass, lime and honeydew with aged complexity of honey silkiness and classic citrus flavours delivering wonderful length and delicacy that Hunter Valley Semillon is so renowned for.”

The 11 hectare winery produces six varietals- Semillon, Chardonnay, Verdelho, Merlot, Cabernet Sauvignon and Shiraz. The McLeish Estate wines are produced in small quantities and are only available at cellar door, well-known restaurants and through the McLeish Estate website.